The definition of “belittle” can be easily surmised from the two words that it is made up of, “be” and “little.” Said another way, belittling is language or behavior that literally makes someone feel small, unimportant, inferior or minimized. While it’s easy to understand what belittling is, it is harder to identify it as a verbal and emotional abuse tactic because unlike shouting and yelling, belittling usually happens in private and becomes a pattern of abuse over time.

When belittling does occur, we might dismiss it because, frankly, we’re bigger than that, right? Well, wrong. We’ve all heard the old adage “sticks and stones may break my bones but words will never hurt me,” but the effects of verbal and emotional abuse are long-lasting and difficult to heal. While 100% will perpetuate an unhealthy behavior, that does not mean we have to stay in a relationship or friendship that undermines our self-esteem. It’s one thing to have a sarcastic tone during a heated argument and another to be condescending all of the time. Unfortunately, most of us will brush off belittling comments that make us feel uncomfortable.

I’m reminded of a situation that happened to a relative of mine who was going through a bad divorce. Communication had broken down and my relative had struggled to set boundaries with her ex. When it was time for their divorce settlement negotiations, she decided that the only way to have a constructive discussion was to work with a mediator. When she told her ex, their response was, “That’s completely ridiculous. You can’t even meet me without having a chaperone now?”

That’s a textbook example of a belittling comment and perfectly illustrating how dismissive, disrespectful, and minimizing they can be. I later learned that there had been a long history of belittling between my relative and her ex.

The Danger of Belittling 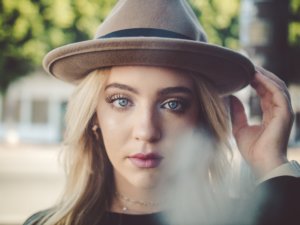 What makes belittling behavior so dangerous is that it is often dismissed initially. Belittling remarks like, “You’re so dumb,” or “You would be more attractive if…” might be mistaken for harmless joking or constructive criticism that makes you second guess yourself and wonder if there is any truth in it. Therein lies the danger; over time the cumulative effect of belittling causes harm by wearing you down and slowly chipping away at your self-esteem. And, if the belittler accuses you of being too sensitive, causing you to question your own account of what happened, this is not just belittling, but another form of emotional abuse called gaslighting. With gaslighting you start to question if your feelings are justified, second guess your recollection of past events, make excuses for your partner’s behavior, wonder what’s wrong with you, and accept the judgment of others over your own. It leads to a downward spiral of self-doubt that is hard to overcome.

Learn the 7 Signs of Gaslighting

How to Identify Belittling Language

Belittling is a form of verbal abuse that can show up in several different ways:

Comments or criticisms that make you feel insecure, focusing on the negative and designed to create self-doubt.

Example: I don’t think you have what it takes.

Example: That’s not such an impressive achievement. Anyone could do that.

Comments designed to elicit guilt or shame: this could be a form of emotional blackmail that makes you feel obligated.

Example: After everything I’ve done for you, you are so unappreciative.

Shaming, embarrassing language: this is meant to make you feel foolish, self-conscious, flustered or humiliated.

Example: You look ridiculous doing that.

Insults or put-downs: demeaning comments that make you feel inferior or worthless.

Example: You are a disgrace.

Bringing up past mistakes or failures: this will keep you stuck and unable to move forward or improve. It is negative and disempowering.

Example: Since you failed last time, what makes you think this time will be any different?

Speculation over a circumstantial situation: fabricating something to paint an unflattering picture of you.

Example: The fact that your client decided to stop working with you makes me seriously makes me question your professionalism and competency.

Questions about someone’s judgment or competency: this is a way to discredit or attack your faculties and make you feel inferior or incompetent.

Example: I don’t think you know what you are talking about.

Belittling is a covert form of manipulation and abuse that happens gradually. While it is natural to internalize what people close to you say day in and day out, it’s important to know that these things can impact you negatively or positively. Perfectionists, people-pleasers and those who are particularly self-critical are more susceptible to falling into the trap of taking belittling remarks to heart. But you can become aware of your internalization of someone’s belittling remarks. Ask yourself, is the voice inside your head replaying belittling, defeating comments that someone has said to you? Are the remarks affecting your self-esteem, confidence or self-image? Are they making you second guess yourself? Recognizing belittling behavior is the first step to breaking the cycle.

How to Stop Belittling Behavior Once you realize that you’ve been the target of belittling comments, you’ll need to know how to deal with it and to stop it. Here are some tips on how to do that:

Calmly repeat what someone has said to you and firmly respond that you simply don’t agree with their statements. Use statements such as: Stop it. Don’t talk to me that way. This will send a clear message that you will not tolerate their behavior and if you do this early on you can prevent this behavior from becoming a pattern.

Tell the person that what they have said is belittling. If they don’t understand why then explain how it makes you feel. Be specific. If what they have said fits one of the examples listed in the section above “How to Identify Belittling Language,” use the same language from that section to describe their behavior. You might say something like your comments are creating some self-doubt in me, or your remarks really minimize my knowledge and experience.

Be Firm and Patient

Take time to talk to someone about this because they might not realize that something they have said is belittling. They may simply need someone to point this out and to explain it to them.

Try deflecting belittling behavior with humor. Respond with humor or exaggerate the belittling comment and make a joke out of it. Doing this could help someone to realize the outrageousness of what they have said if it is not based on solid facts or evidence. Let’s say that someone says, “you will look ridiculous doing that.” You could respond by saying something like, “Yes, it’s so ridiculous that you’ll have to call the fashion police on me. And then I’ll end up on the pages of some tabloid magazine. How terrible. Then I won’t be able to show my face in public or say that you even know me.”

And finally, if none of the above tactics work to stop or change the belittler’s behavior, then you may have to end the conversation. You don’t have to put up with this sort of behavior. If your friend, family member or S.O. continues to make belittling comments after you explain how it makes you feel then further distance from that person may be necessary until their behavior changes. If you are constantly feeling defeated or deflated, pay attention to the thoughts that are making you feel this way and where they’re coming from. Keep things in check with yourself by asking these questions:  Have you heard these thoughts from someone else? What was said to you and in what context was it said? Is there a recurring theme? Figure out if someone has been belittling you, by going through the different forms of belittling mentioned in this article. And try using one of the tactics for dealing with belittling mentioned above. The next time someone makes a belittling remark to you, call them out. It’s best to be proactive by calling someone on it and nipping it in the bud before it escalates into a pattern of verbal abuse.

If you believe you are experiencing verbal or emotional abuse, or if you just have questions about your relationship, contact LoveisRespect.org and speak with a peer using their confidential live chat.