5 Lessons We Can Learn from Rob Kardashian and Blac Chyna

By now we’ve all heard the news surrounding Rob Kardashian’s very public bashing of his ex Blac Chyna for cheating on him, alcohol and drug misuse, and taking advantage of him financially. Rob also released explicit photos of Chyna on social media before his account was shut down. In response, Chyna took to Snapchat to accuse Rob of physically abusing her. The entire situation is enough to make anyone’s head spin, but at the core of this incredibly toxic situation are some fundamental learnings.

1. Be careful what you do online because it’s permanent.

You may think that what you share on social or through text is temporary, but that’s not the case. What goes on social media or what you text is permanent and once you release it, it will never be private again. So, next time before releasing personal messages and photos of your ex on social media, you should think about the fact that you’ll never be able to fully take those things off the internet. Also, sharing something that your partner intended to be kept private is an act of betrayal and once that trust is broken, it’s hard to get it back.

2. Belittling someone is verbal abuse.

If someone is insulting you with the intention of making you feel bad about yourself or to sabotage your reputation, that counts as verbal abuse. And taking to social media to publicly degrade your ex only intensifies this abusive behavior. 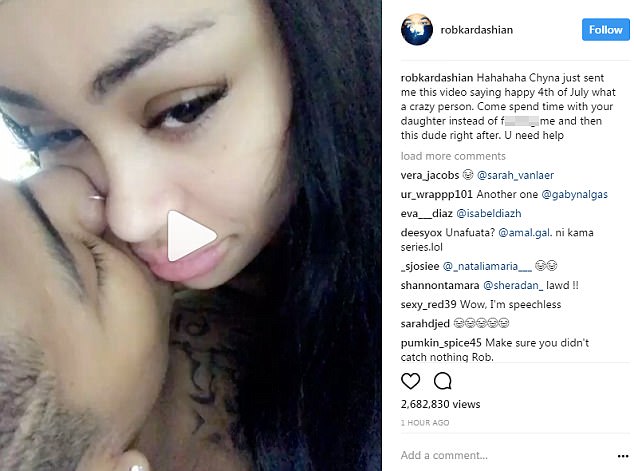 Blac Chyna likely never intended for her private photos to be posted all over the internet nor is she in any way at fault for Rob’s revenge porn. But if you’re under the age of 18, you should never share nudes or private photos/videos with anyone. It’s illegal to send, share or receive nude photos of a minor. Even if you are not a minor and trust the person they’re being sent to, know they’ll be deleted or someone promises to never share them, this is still not a good idea (nope, not even through Snapchat). In our relationships, we always want to be making decisions that are as informed, safe, and comfortable as possible.

4. Explicit photos can be used as blackmail.

5. Social pressure to be in a perfect relationship.

There is incredible pressure to be in a perfect relationship, and social media only accentuates this pressure. But never assume that because a relationship looks great on social media that everything is perfect (Rob K. and Chyna make a great example). People who are in unhealthy or abusive relationships often feel embarrassed to admit what’s really happening for fear of judgement or blame. Also, those in the public spotlight might feel as though they’re letting others down by admitting that the relationship is actually deeply unhealthy.