5 Sneaky Behaviors That Are Actually Unhealthy

Covert abuse is easy to miss. If you’re the target, you won’t see any glaring warning signs—there are none. But subtlety isn’t the only danger: covert abuse tactics also masquerade as other behaviors, even healthy ones. This means that if your partner’s being abusive, you might not only fail to see any of the harm they’re causing you, you might actually love them more for it.

The best protection against this twisted abuse is to learn how these manipulators disguise their harmful objectives, so you can peel back the layers of deceit and discover who they really are—or aren’t. The following are five common cloaks that could be concealing your partner’s covert abuse.

Some people are undeniably spacey, but when it comes to covertly abusive people, obliviousness is rarely an authentic trait. Instead, it’s a carefully chosen mask to ignore or irritate you, take personal jabs at you, and make you feel “less than” in any way that hurts. As the target, it’s confusing because while your partner is intentionally harming you, they maintain an innocent, perplexed appearance that says, “I didn’t mean that” or “I had no idea you didn’t like that/were upset/didn’t hear me” or simply “What?”

Let’s be clear: covertly abusive partners know exactly how much it bothers you and they do it deliberately with glee. Being “spacey” gives them an automatic defense for whatever shrewd, damaging action they take against you and allows them to easily deny responsibility and shift blame onto you if you react. Over time, this camouflaged abuse makes you second-guess and doubt your own perceptions and explain away actual abuse as something that’s wrong with you, for instance you’re too sensitive or overreacting.

Example: Your SO tells you they completely spaced on the fact that they’ve already committed you both to their friend’s engagement party on the weekend you were supposed to go away for your anniversary. Forgetfulness is another convenient disguise that covert abusers employ. They recognize that it’s inevitable for something to slip your mind now and then and take full advantage of a healthy partner’s compassion, feigning forgetfulness to conceal calculated hurtful behavior. Intentionally “forgetting” functions as a way to ignore you, get under your skin, provoke you, or punish you for some perceived wrongdoing, all while maintaining a benevolent façade.

Similar to “obliviousness,” only the person who claims to be forgetful knows for sure whether that’s the truth. As the target, you may have suspicions but if your partner lies convincingly and insists that they acted innocently, you’re left in a predicament of trusting yourself or trusting your partner. If you’re in love and have no clear evidence of an offense, it’s easy to dismiss your instincts in favor of believing your partner. After all, isn’t trust a cornerstone of healthy relationships? You can see how even good advice can be misconstrued and misapplied to unhealthy relationships where the abuse is extremely subtle.

Example: Your girlfriend promises but “forgets” to pick up your only suit at the dry cleaner’s the night before your big interview, so you have to run to the mall last-minute and cut your interview prep short. Caring, thoughtful partners will not only take your happiness seriously, they’ll also try to make your life easier, whether helping out with something as small as giving you a ride to the airport or as big as temporarily shouldering more expenses when you’re unemployed.

Sadly, covert abuse can also occur under the guise of helpfulness. Since it appears to be genuine thoughtfulness, you think, “Wow, my SO really cares about me.” But covertly abusive partners aren’t sincerely generous and their “help” serves a much different and devious function: to manipulate you into trusting and depending on them. These unhealthy partners will frequently offer to help you without ever being asked, volunteering or simply taking over tasks you’ve always done yourself with ease. Over time, this behavior cleverly suggests that you do need their help, that you can’t get by on your own, and that you’re actually less competent than you thought—or so you start to believe.

Being “helpful” serves another sneaky purpose: it gives unhealthy partners the power to give and withhold their assistance as they see fit. They train you to expect their helpfulness so that when they take it away—and they will take it away—you’re confused and hurt but don’t feel like you have the right to be. Instead, you end up feeling needy, helpless and generally bad about yourself, yet at the same time you continue to view your partner in an untainted positive light.

Example: Your web designer SO offers to set up a website for your personal project but when he finally follows through, you realize that you can’t access or change anything without his help: he’s built himself into your project as a necessary gatekeeper. As much as we might warn a potential suitor, “Flattery will get you nowhere,” it’s hard not to melt a little at a sweet compliment. It just feels good. When it’s delivered in a heartfelt way without any sign of an agenda, excessive or insincere praise can overtime win a covertly abusive partner your love, trust, and respect—which is much farther than nowhere.

Flattery is particularly dangerous when the praise affirms how you long to see yourself. In these cases, it can feel like you’re finally meeting someone who appreciates and “gets” you, when in reality, the cocktail of flattery they’re serving is laced with something toxic—attempting to gain your unearned trust, manipulating you into revealing sensitive information or laying the groundwork to hurt you down the road.

Often flattery evolves over time in unhealthy relationships, and what your SO once praised you for that really meant something—for example, your sharp intellect—is replaced with something derogatory or base, like your sexual performance. On the surface, it still looks like they’re complimenting you but in fact, they’re demeaning you.

Example: You would be really successful working for a small mom-and-pop. (While it seems like a nod to your professional abilities, what they actually mean is that you’re not talented enough to work for a top company.) 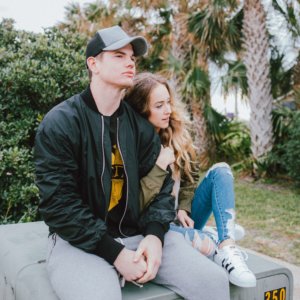 We’re taught that actions speak louder than words, and few things say “my significant other cares about me” as strongly as when they act protective over you. If someone is concerned about your safety, it must mean they really care about you, right?

Wrong. When it comes to covert abuse, protectiveness is simply a pretense for control, jealousy, and manipulation. Acting “protective” gives an unhealthy partner room to steer you in whichever way serves their needs while maintaining the convincing illusion that they’re simply doing what’s best for you.

It goes beyond physical protectiveness, too; sly people can play on your emotions with other gestures that superficially prioritize your wellbeing, for example claiming to protect you from stress by never sharing the details of their busy workday with you. In reality, they’re not telling you to save themselves from having to remember another set of lies while at the same time hinting ever so slightly at the idea that you’re not as mentally tough as you once were or thought.

The irony is that your covertly abusive partner is the person from whom you need the most protection!

Example: Your SO insists on taking off work to drive you to and from the airport, saying he doesn’t trust other drivers, but it’s actually because he doesn’t trust you and wants to make sure you’re actually going where you say you are. How Can I Tell the Difference?

Does this mean that if your partner is oblivious or frequently compliments you, they’re covertly abusive? Of course not.

The presence of malicious intent—specifically the intent to harm you—is what separates authentic traits from manipulative behavior. Even if you can’t identify this intent outright through their actions, you’ll still feel it—something will seem off, especially as the relationship progresses. You’ll start to feel unhappy, anxious, depressed, but because your partner appears to be so great, you’ll blame something else, probably yourself.

If you suspect that you’re the target of covert abuse, start identifying your partner’s specific actions and evaluating how you feel afterwards—not just immediately but a little bit down the road. For example, does your partner always volunteer to help, temporarily making you feel valued and cared for only to never come through until the last minute when you’re in full crisis mode, a crisis that they created? Also, consider inconsistency in behavior: was your girlfriend incredibly helpful in the past but isn’t anymore, and you’ve explained it away as something else, for example, her new job or some shortcoming of your own?

In covertly abusive relationships, an unhealthy partner can appear like your soulmate at first, but over time the cracks will begin to show. If you remain focused on taking care of yourself, trusting your intuition, and staying alert to any unhealthy behaviors that appear, you’ll eventually see through the disguise. It’s More Common Than You Think

You might be thinking that these examples seem pretty trivial, that if they happened to you, they might be annoying or upsetting but surely they wouldn’t constitute abuse.

DON’T BE FOOLED. We know that a lot of relationship maltreatment actually unfolds as non-physical abuse. Even though the damage is invisible, a series of emotional abuse incidents still adds up to a devastating result: becoming trapped in an abusive cycle you likely don’t even realize is occurring.

If you recognize even the slightest sign of covert abuse in your relationship, take it seriously and seek help. Share this information with your loved ones, even those who seem to have the “perfect” partner. Not only is it possible to be in a covertly abusive relationship without realizing it, it’s more common that you’d think and the risk of harm is too high to ignore.